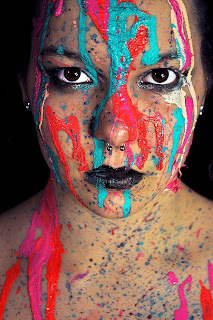 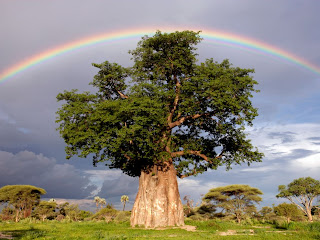 SUPPORTED
BY
READERS
LIKE
YOU
Posted by NARA'S NOTEPAD at 12:04 AM No comments: 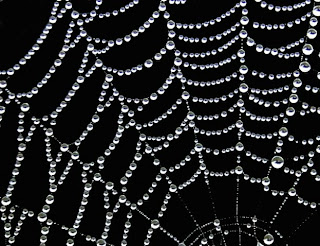 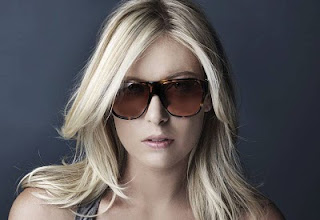 ‘What is next?” is difficult to predict because the progress is so fast. We are confused of what to buy and what not to buy today. Tomorrow the new model with new features will be available in the market with less cost. Is it a revolution? I think it is! Yes, I am talking about the electronic products such as computers (desktops and laptops), digital cameras, cell phones etc. I do not know how it is possible for the various companies to compete with each other to come out with new products so fast and keep the consumers in a fix. However, it gives us a chance to choose. One has to go through the pros and cons of each item with reference to their quality and cost. Of course our need is of paramount importance. Going on buying things and not using is not a good proposition according to me. Therefore one has to decide first what is needed urgently and not urgently. Also one has to plan for a budget to buy a particular item. Afterwards the search has to start. It is easy nowadays to search in the net and find out what we need and at what cost etc. After selecting an item, contact the concerned agent in the town to check whether the item is available with them or not. It would be better if we visit an exhibition of electronic goods. We can virtually see the various products and verify their working and also we can pose questions regarding the utility of the item and clear all other doubts. In the meantime, there may be one more in the market with some desired new features. So we have to revise our search and research. Thus the search continues and we try to postpone the purchase of an item which we need for adding to our electronic system at home.

One such item I am in search recently is an external hard disc which is a compact device in which we can store all the junks accumulated over time in our internal hard disc (C and D drives) of the personal computer. The external hard disc is made by a number of companies. The capacity ranges from 250 gigabytes to 1.5 terabytes. The cost is around Rs. 5000 to 6000/- in India. Should I buy it now or shall I wait for some more time to get a still better version?
Posted by NARA'S NOTEPAD at 11:55 PM 3 comments: 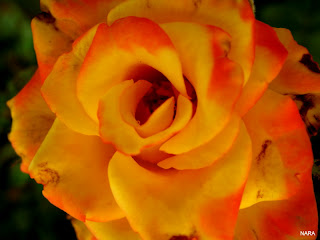 During marriage ceremony, why is the bridegroom made to sit on the horse?
He is given a chance to run away. 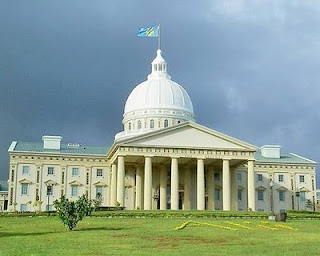 Capital punishment (CP), or the death penalty, is the killing of a person by the process of law as punishment for an offence. Crimes that can result in a death penalty are known as capital crimes or capital offences. The Supreme Court of India ruled in 1980 that the death penalty should be imposed only in “the rarest cases.” Capital crimes in India include murder, gang robbery with murder, waging war against the State, committing terrorist activities and abetting mutiny by member of the armed forces. Death sentence in India is still awarded, but rarely. It is carried out by hanging. There was no execution in India between 1995 and 2004.

CP is known to have existed, the world over since recorded history. Originally, the most common method was severing of the head. Severe penalties included the breaking wheel, boiling to death, slow slicing, disembowelment, crucification, impalement, crushing (including crushing by elephant), stoning, and execution by burning, dismemberment, sawing, and decapitation. Countries have moved to more human executions that include guillotine, long drop hanging, gas chamber, lethal injection etc. Death sentence is still awarded in 55 countries. It is abolished in 95 countries while about 44 countries have not awarded CP during the pas 10 years. Singapore, Japan and the USA are the only “fully” developed countries that have retained the death penalty. The European Union and the Council of Europe both strictly require member states not to practice the death penalty.
Posted by NARA'S NOTEPAD at 11:44 PM No comments: 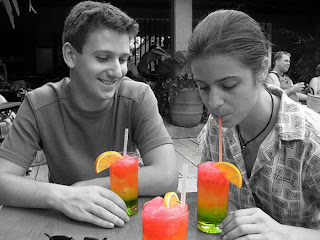 Writing, like reading, is a complex mental task. You are to think about what you want to say, choose the right words to convey your message, and connect words to make sentences and then paragraphs. Depending on the material, you may be exercising your creativity too. Try to write at least one letter a week. You might use that opportunity to share memories, renew a friendship, get in touch with family members, or even create a kind of newsletter that goes out to a number of people. If you have a bone to pick with a recent editorial in the newspaper write a rebuttal to the article.
Posted by NARA'S NOTEPAD at 11:42 PM No comments: 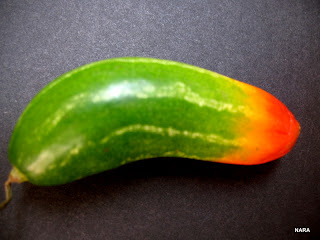 1. Eat well and eat right. A healthy diet, however, contributes to a healthy brain, and foods containing antioxidants and Omega-3 fatty acids appear to promote healthy brain functioning. Feed your brain with such supplements as Thiamine, Vitamin E, Niacin and Vitamin B-6. Grazing, eating 5 or 6 small meals throughout the day instead of 3 large meals, also seems to improve mental functioning (including memory) by limiting dips in blood sugar, which may negatively affect the brain.

2. Take better pictures. Often we forget things not because our memory is bad, but rather because our observational skills need work. One way to train yourself to be more observant is to look at an unfamiliar photograph for a few seconds and then turn the photograph over and describe or write down as many details as you can about the photograph. Try closing your eyes and picturing the photo in your mind.

3. Give yourself time to form a memory. Memories are very fragile in the short-term, and distractions can make you quickly forget something as simple as a phone number. The key to avoid losing memories before you can even form them is to be able to focus on the thing to be remembered for a while without thinking about other things, so when you're trying to remember something, avoid distractions and complicated tasks for a few minutes.

- Pankaj Sharma
Posted by NARA'S NOTEPAD at 10:29 PM No comments: 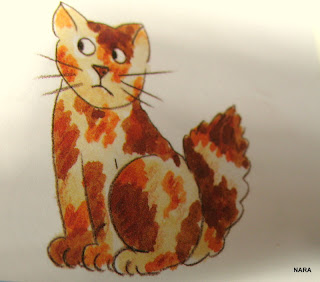 Bt brinjal is a genetically engineered brinjal containing the Bt toxin gene from the soil bacterium Bacillus thuringiensis. The Bt toxin confers resistance to two pests – fruit and shoot borer, Helicoverpa armigera and Leucinodes orbonalis respectively. Genetic engineering (GE) or recombinant DNA technology (r-DNA) is a path-breaking technique compared to conventional plant breeding, as it allows genes to be transferred across species, from animals to plants, microbes to higher organisms and vice versa. Like other GM crops, commercial production of agriculturally suitable Bt brinjal involves two steps. First is the production of the primary transformant by GE. The gene to be transferred (transgene), for instance, the Bt gene, is inserted into a chromosome of a target crop variety, which is most amenable for its cellular acceptance and integration by a particular r-DNA protocol. The host variety for this primary event has high acceptance for the transgene, but is usually not agriculturally suitable and therefore we need a second step, namely, the production of the commercially viable and agriculturally suitable GM hybrid or variety. This is done by transferring the Bt gene from the primary transformant to a hybrid or variety by a conventional plant breeding technique based on cross-pollination.
- Debashis Banerji
Posted by NARA'S NOTEPAD at 10:27 PM 2 comments: 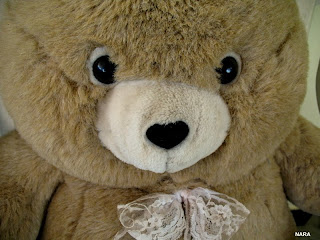 I believe that a simple and unassuming manner of life is best for everyone, best both for the body and the mind. – Albert Einstein.

Be prepared for Interruptions.
Delays are opportunities in disguise. – Anonymous

Learn to say “No” in a fair, friendly, frank and firm manner.
- Anonymous
Posted by NARA'S NOTEPAD at 10:23 PM No comments: 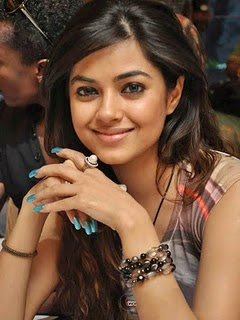 M. S. Swaminathan (Chairman, M. S. S. Foundation, Chennai):
2010 is the International Year of Biodiversity. We can classify our crops into those which are climate resilient and those which are climate sensitive. For example, what is a climate sensitive crop, while rice shows a wide range of adaptation in term of growing conditions? We will have problems with reference to crops like potato since a higher temperature will render raising disease-free seed potatoes in the plains of northwest India difficult. We will have to shift to cultivating potato from true sexual seed. The relative importance of different diseases and pests will get altered. The wheat crop may suffer more from stem rust which normally remains important only in Peninsular India. A search for new genes conferring climate resilience is therefore urgent.
Irina Bokova (Director-General of UNESCO):
UNESCO should take the lead in formulating a comprehensive policy on education, not only looking at primary and secondary education but also higher education and link the three to vocational and technical training. We must tap all available resources and formulate an overall policy which will look at education from different perspectives. I am not only speaking about culture as a means to conflict resolution and as the search for identity.
Posted by NARA'S NOTEPAD at 10:20 PM No comments: 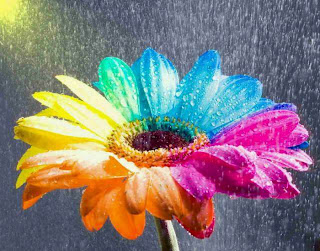 Be careful not to over commit yourself. Promise to do only what you can and make the correct choices. Clarify your motives behind an action or decision; choose to tell others only what you want them to know. Admit your mistakes promptly. Take people into confidence before divulging any information and do not disclose any information from others which they want to be a secret. Treat everyone fairly and be consistent in your behavior. Make efforts to listen to others. Your values and actions together determine your reputation, which consequently affects your credibility. Reputation is part of you but it depends a lot on the opinion of others about you. Developing a good reputation depends on understanding what others expect from you and behaving in the appropriate way. So make efforts to enhance your reputation, by choosing the right behaviors that can have a positive impact on it. Also observe the behavior and actions of those who enjoy a good reputation and learn something from them. In a competitive professional world, it is important to take the right steps to maintain your credibility. – G. Hema
Posted by NARA'S NOTEPAD at 10:17 PM No comments: 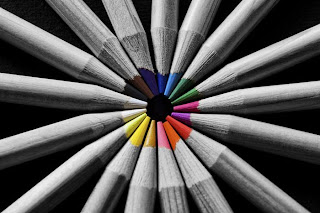 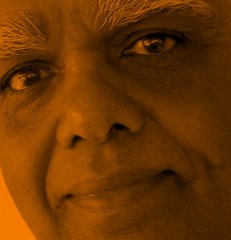